Find out about the most unique animals native to New Zealand

New Zealand has an enormous and fascinating diversity of flora and fauna. Many species – fish, insects, birds, lizards and frogs – are not found anywhere else in the world. These incredible animals include the world’s only flightless parrot, called the kakapo and the famous kiwi bird , which gives the country its nickname, a bird with nostrils at the end of its beak!

But since people first arrived in previously uninhabited New Zealand, a vast number of these unique species have become extinct, from the threats posed by the new invaders. This includes nearly one third of native land and freshwater birds, almost a fifth of sea birds and almost half of the country’s frog species.

But even now, there are still many hundreds of animals in New Zealand in danger of becoming extinct as well. The list of New Zealand’s endangered animals (put together by the Department of Conservation) is a long one, with entries as diverse as different types of snails, stag beetles, bats, ducks and our friend the kiwi bird. For many years New Zealand’s biodiversity has had threats such as pests, weeds and fire which have had a devastating impact on New Zealand’s native ecosystem,

A lot of the pests were species introduced when the first European settlers arrived in the 19th century. Native animals often have no defence against these introduced predators. The pests include rats, wasps, and possums - the cute Australian import which was introduced into New Zealand in 1837 to establish a fur trade. However, now it is proving a danger to native birds and snails as well as native forests.

Another endangered bird is the kaka bird - a red parrot that lives on both the North and South islands. As with many NZ endangered animals it is being bred in captivity in order to reintroduce them to the wild (its natural habitat is deep in the forests), and help the fragile population.

These conservation measures are the country’s strategy of how to preserve and protect their endangered species. But visitors to New Zealand should be aware that the ecosystem is also under pressure from increasing travel and trade. For some of these introduced species can come through their borders with travellers and in imported goods.

One aspect of New Zealand’s biosecurity system, is to reduce the environmental threat from airline passengers bringing in restricted and risk items. These may unwittingly introduce plant pests and diseases not already in the country, and add yet another pressure to already endangered species. 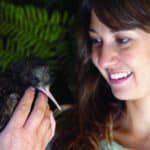 The kiwi bird is one of the best known New Zealand icons. Their name has given all New Zealanders and all things from New Zealand their distinctive nickname and identity: as anyone from that country will tell you, they are proud to be a kiwi. Incredibly... 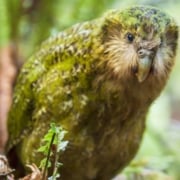 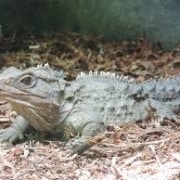 Another animal only found in New Zealand is the Tuatara . It is a medium-size reptile sadly in danger of becoming extinct. Although tuatara originally lived on the mainland it is now only found in the wild, on 32 of New Zealand’s islands. Tuatara i... 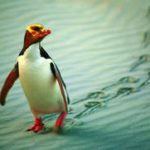 The yellow-eyed penguin or hoiho is another creature unique to New Zealand and also is the world’s rarest penguin. The Maori name hoiho means ‘noise shouter’ and is a reference to the penguin’s call. Penguins are only found in the Southern hemisphere,  and only... 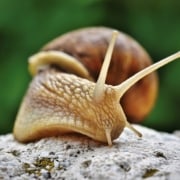 The flax snail is an amazing animal, growing up to 1.15 metres, an incredible size compared to the average garden snail most people are familiar with. There are three species of this large northern land snail: Placostylus found in the Three Kings Islands;... 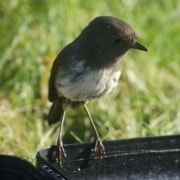 The story of the Chatham Islands Black Robin is an incredible one, and an indication of the success of the New Zealand conservation efforts. Obviously, according to its name, the black robin is a small black bird only found on the Chatham Islands... 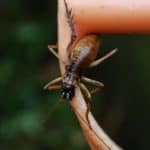 The giant Weta is another native animal unique to New Zealand. There are around 100 species in the country, 16 of which are endangered. It is an amazing looking creature – an invertebrate with a large body, spiny legs and curved tusks. The giant weta h... 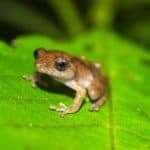 New Zealand Frogs   New Zealand’s native frogs are smaller than common frogs and are nocturnal. They belong to the genus Leiopelma, an ancient and primitive group of frogs. The frogs have changed very little in 70 million years. New Zealand now ha... 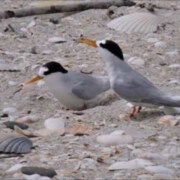 New Zealand Fairy Tern The New Zealand fairy tern is a seabird also known as the tara-iti. It is a critically endangered native bird, with the current population of only 36. This also includes a mere ten breeding pairs. In the 1980s there were only... 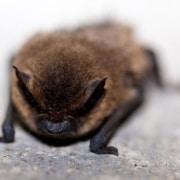 Bats are the only land mammals endemic to New Zealand – the long tailed and lesser short tailed bats are species still surviving in the country. The third species, the greater short-tailed bat is thought to be extinct, having not been sighted since 1...