Each institute offers different fees and payment methods, it is best to check with an institute prior to enrollment. New Zealand offers world-class education but it may be more pricey than other countries.

The below costs are average, annual tuition fees.

The below costs are average, annual tuition fees.

The below costs are average and are for one year's tuition fees.
Registration (enrolment fee) Once only: NZ$260

Due to Student Visa requirements, international students must pay all fees up front. Each institute will require an Application or Administration fee, this is a non-refundable fee and is payable even if the application is unsuccessful.

School fees can be paid either through the Institutions Agent in your country, by credit card, funds transfer from your bank account into the institutes New Zealand bank account or via bank draft or bank check. Remember fee amounts will be in NZ $.

Each institute is different when it comes to refundi policies. Usually if a cancellation is required prior to commencement of a course the student will get a full refund. Due to different visa requirements a full refund prior to the commencement of a course will depend on whether your Visa has been granted yet and if you are transferring to a different Institute. If the student cancels within the first week of the course there will be a part refund, although any further into the course there will be no refund available.

What your fees cover

Fee's for those attending Secondary School will add up to NZ $10,000 per year.

For more information regarding our Study New Zealand Services, please contact us.

Costs of Living in New Zealand

Evidence of funds to support yourself

To gain a Student Visa or Permit we want to see that you’re able to meet your living costs during your stay.

If you’re taking a course lasting less than nine months…
you’ll need to show us you have access to:

If you’re taking a course that’s longer than nine months…
you’ll need to show us you have access to:

Evidence of funds can be:

For more information regarding our Study New Zealand Services, please contact us.

At the end of the day, the essential question is whether you can finance  your study abroad and life in New Zealand. The cost of living, such as rent, food, etc., differ from country to country. In addition to all the bureaucracy (for example the via application) that has to be done, it is also advisable to make a rough calculation of how much money you have on average per month and, above all, how much of it you need! Ultimately, your own standard of living, which you are used to, and thus also your personal consumer behavior, play an important role in the amount of your own living costs.

While there is no way to determine exactly how much you will need to live in New Zealand, the following provides a rough guide. Unless otherwise stated, all currency is in New Zealand dollars. 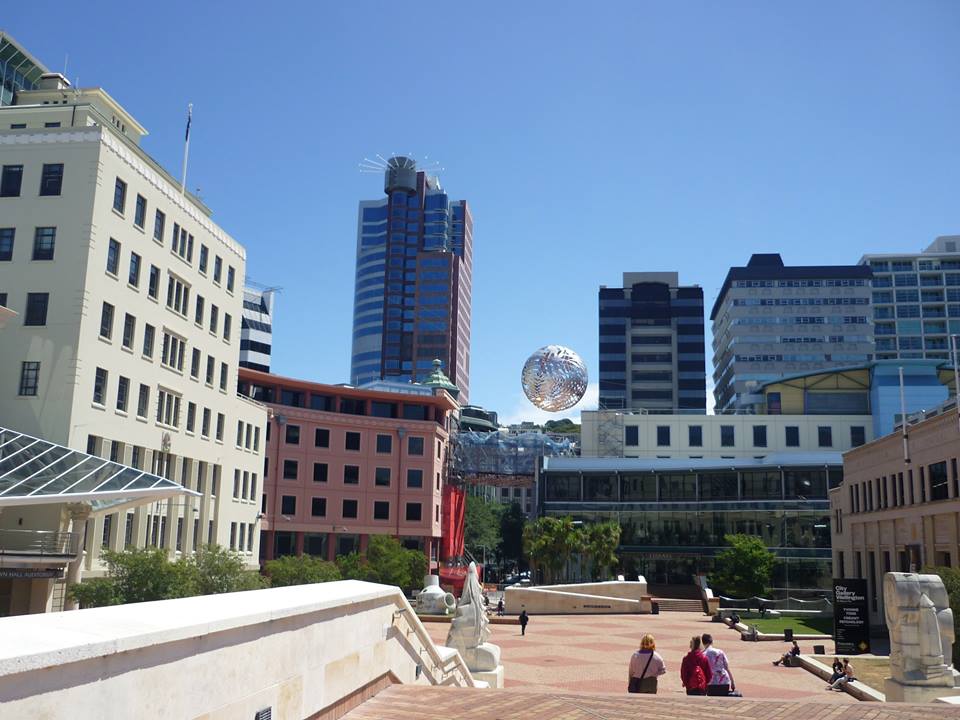 Sometimes you are looking for the things that you are used to at home, but cannot be found in every shop around the corner. Whole grain bread is definitely one of them! Otherwise you can find everything you need in everyday life - from matches to cat food, you can find everything in a supermarket. Unless you're looking for a strong liquor, you have to go to a liquor store.

Accommodation expenses can differ dramatically, depending on the type of accommodation you have chosen. While different universities and halls of residence charge different amounts, on campus accommodation is typically between $8000 and $10 000 for the academic year. Rent can also differ dependent on the area. The average rent for an unfurnished, three bedroom home is lowest in Invercargill, at $225 per week, while Auckland Central is the most expensive, at $600 per week.

Auckland, New Zealand's largest city with 1.2 million inhabitants, is without question the city with the highest rental costs in the country. Living here is almost as expensive as in the major European cities. The prices vary, of course, depending on the size of the apartment, residential area, equipment and whether a car park is available. You have to note that it is relatively easy to get unfurnished apartments, even in the city center, if you are willing to pay the higher price. Furnished apartments are relatively rare and the price is correspondingly higher - around a third. The reason is probably to be found in the fact that furniture is very expensive almost everywhere in New Zealand.

A 3-4 room apartment (unfurnished) in Auckland costs around 525 NZ $ per week, if it is not in a central location. You can split the costs well if you come together in shared apartments. In Wellington in the south of the North Island, the rental costs are around 20% lower than in Auckland, in Christchurch around 30-40% less. In the country or in small towns, you can do even less, but this is usually not relevant for students.

However, you can only start looking for an apartment when you are already in New Zealand, so that you can first take advantage of the so-called Temporary Accommodation Option of the respective university until you have found your own apartment. Brokers, the accommodation service of the university, notices on the bulletin board of universities or even internet cafés can help. So at the beginning you may still have the opportunity to get to know other students and maybe find each other on site in shared apartments.

Here, too, it is like in Europe when you are looking for the right clothing. There is a similar system of sales and often offers like “3 pieces for 30 dollars”. On the whole, however, the prices can be compared with those in Europe. Logically, you have more choices in the big city than in the country.

You don't wish for it, but everyone can get sick at some point. A doctor visit fee of approximately $ 50 (may vary by specialty) must be paid before a diagnosis is made. With a foreign health insurance, which every international student or tourist should take out beforehand, you get the cost of the treatment back minus the deductible, which you can find out from your health insurance company. First, however, you have to pay in advance and submit all receipts later. So keep everything safe!

As everywhere in the world, the vehicle prices in New Zealand are based on the condition of the car, age, vehicle type or previous mileage. In summer, the demand for cars increases, which certainly has to do with the increasing number of tourists in the country, whereas vehicle prices fall again in winter. If you want to take advantage of this, the best thing to do is to buy the car in winter and then sell it on in summer. Most often, one comes across Japanese car brands. As everywhere, prices are negotiable and a look at trade. It can be worthwhile if you are looking for a cheap used car. In addition, there are regular vehicle markets in Auckland, for example, where you can look around and, if necessary, negotiate.

If you have a car, you don't necessarily have to take out insurance. There is no obligation to do this in New Zealand! At least the so-called third party insurance is recommended, which is comparable to the liability insurance in European countries. The amount depends, for example, on the age of the driver, the value of the vehicle or the accident-free years of the driver and, of course, where you take out the insurance. For example, if you are traveling as a student or backpacker at short notice, you can get a cheaper offer on the BBH website. The amount of the sum insured depends to a large extent on the age of the youngest driver (age groups: 18-21; 22-24; 25+). This should be taken into account, for example, if you share a car with several people. Theft and fire insurance, the insurance against theft and fire, can be taken out in addition to the third party insurance. In this case, only damage to the vehicle is covered, but not stolen or burned valuables!

Personal injuries are already covered in the registry, but you can also continue to insure yourself, which then corresponds to partially or even fully comprehensive insurance.

Use TransferWise to move your money

Whether you want to transfer money to New Zealand or back home from New Zealand - be careful not to be overcharged for a transfer.

Banks charge up to 5% and hide their fees in bad exchange rates. TransferWise always offers the mid-market rate, so they are up to 8x cheaper.

For more information about the cost of living in New Zealand have a look at: newzealandnow.govt.nz/living-in-nz/money-tax/comparable-living-costs